Home | Press Rleases | ADNEC Group in cooperation with the UAE Ministry of Defence holds meeting with ambassador, diplomatic missions’ representatives, and military attachés in the UAE

ADNEC Group in cooperation with the UAE Ministry of Defence holds meeting with ambassador, diplomatic missions’ representatives, and military attachés in the UAE 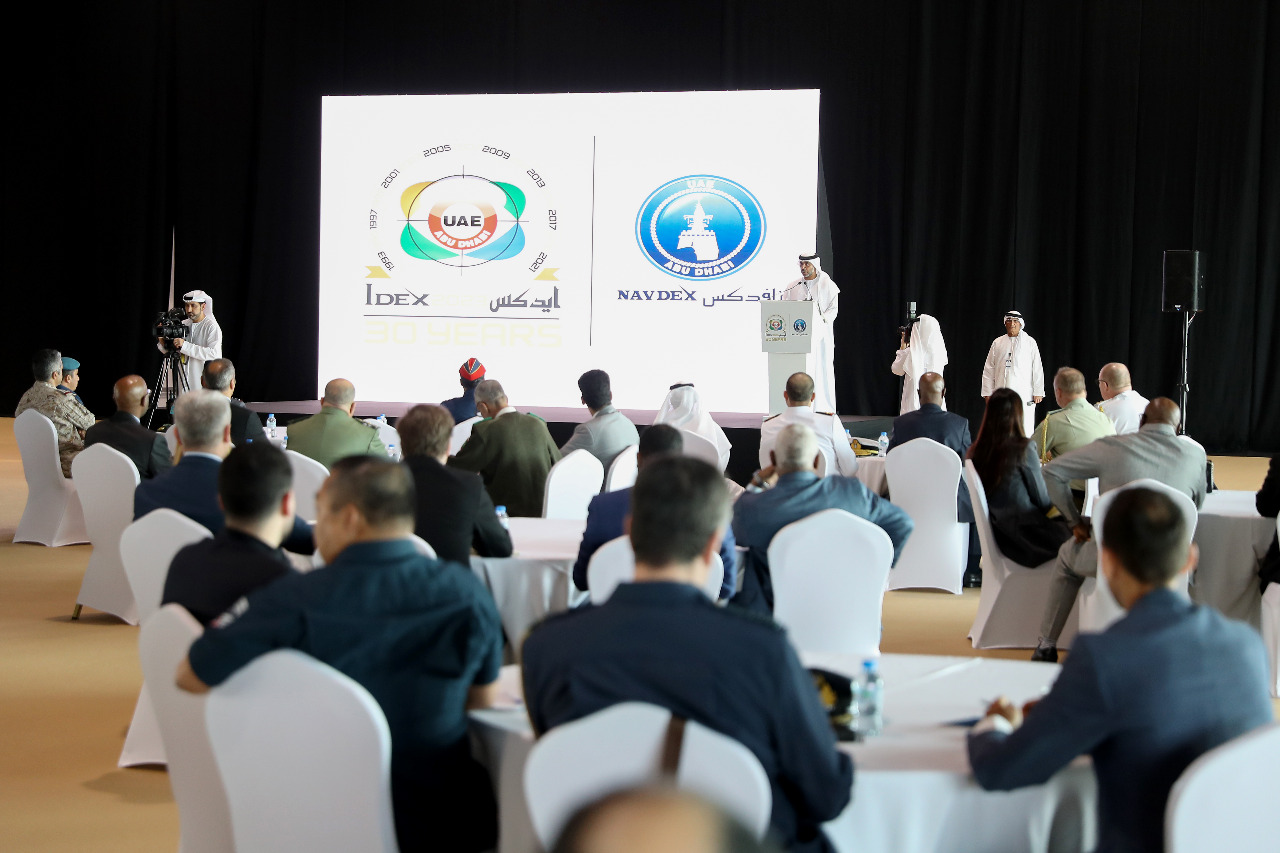 Abu Dhabi, UAE, 10th of January 2023: ADNEC Group in cooperation with the UAE Ministry of Defence held a meeting with a group of ambassadors and representatives of official diplomatic missions and military attachés in the UAE to brief them on the latest developments of the two exhibitions and the accompanying International Defence Conference. The events will be held under the patronage of His Highness Sheikh Mohammed bin Zayed Al Nahyan, President of the UAE from 20-24 February 2023, at Abu Dhabi National Exhibition Centre.

The meeting, attended by a number of ambassadors, representatives of diplomatic missions and military attachés in UAE, focused on the initiatives and preparations carried out by ADNEC Group to host an exceptional edition of the events. The upcoming editions will coincide with the 30th anniversary of IDEX and 12th anniversary of NAVDEX, the biggest events of their kind in the world, which aim to showcase the latest technologies and equipment developed by defence sectors from all over the world.

The exhibitions serve as a global platform to highlight the latest innovative technologies and equipment developed by defence industries. They seek to shed light on the development of the UAE’s national defence industries, and encourage partnerships with various participants and major global companies, which are specialized in defence and military industries.

In his opening speech, His Excellency Major General Staff Pilot Faris Khalaf Al Mazrouei, Chairman of the Higher Organizing Committee, said: “Our wise leadership places a major significance on IDEX and NAVDEX as they support its efforts to accelerate the development of national industries, including defence industries, as an integral part of its future vision. In line with its aspirations to achieve the comprehensive and sustainable development of the nation in the next fifty years, our wise leadership aims to advance the UAE into an incubator for global creativity and an engine for innovation and development in several vital and promising sectors.”

“This year’s edition is an exceptional one as it marks the anniversary of 30 years since the launch of IDEX, which has contributed throughout 3 decades to consolidating Abu Dhabi’s leading position as a leader in the global defence industries. I am confident that the next editions of IDEX and NAVDEX exhibitions and the accompanying International Defence Conference will be successful on all levels. This will be possible through the efforts of all national entities that have contributed to organizing the events in a way that strengthens the UAE’s leading position on a regional and global scale.”

His Excellency added: “We look forward to welcoming people from all over the world to the Emirate of Abu Dhabi, the capital of the United Arab Emirates, the land of tolerance and the home of coexistence.”

Humaid Matar Al Dhaheri, Managing Director and Group CEO of ADNEC Group, said: “Under the patronage of His Highness Sheikh Mohamed bin Zayed Al Nahyan, President of the UAE, ADNEC Group, in cooperation with the Ministry of Defence, is organizing the 16th edition of the International Defence Exhibition (IDEX 2023) and the 7th edition of the Naval Defence Exhibition (NAVDEX 2023).”

Al Dhaheri added: “Al Dhaheri added: “This year’s edition, which is one of the largest in the history of the event, embodies a 30-year success story for the IDEX exhibition and a 12-year milestone for the NAVDEX exhibition. These events comes as part of ADNEC Group's efforts to support economic diversification and provide opportunities that contribute to the development of vital sectors. The events also align with the pivotal role of ADNEC Group in developing the national defence industries sector and in establishing Abu Dhabi's position as a destination for major events, in addition to providing an ideal platform for international companies to strengthen their presence in the regional markets.”

“The upcoming edition of the exhibitions will receive record participation from major international companies, and will be attended by high-ranking official delegations. We at ADNEC Group have carried out the necessary strategies and organizational plans that guarantee the success of the event in accordance to the highest international standards, by utilizing all resources and work teams to host an exceptional edition on all levels,” he added.

“I would like to take this opportunity to extend my thanks to the UAE Ministry of Defence, the Higher Organizing Committee, and our partners in the public and private sectors for their support in ensuring the success of this event,” he concluded.

IDEX and NAVDEX exhibitions provide a world-leading platform for showcasing the latest innovations and technologies of the international defence sector, as well as the latest technologies and equipment developed by defence sectors from around the world. The previous edition of the two exhibitions in 2021 achieved remarkable success, as it had received more than 62,000 visitors and more than 900 local, regional, and international companies from 59 countries, in addition to 35 national pavilions.