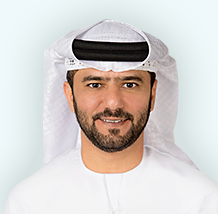 Captain Mohamed Juma Al Shamisi is the Group Chief Executive Officer of Abu Dhabi Ports, the operator and the manager of commercial and community ports within the emirate of Abu Dhabi, as well as Fujairah Terminals, Khalifa Industrial Zone Abu Dhabi (KIZAD) and ZonesCorp.

In his role, he oversees the development of Abu Dhabi Ports’ portfolio of assets and activities as well as directs their strategy and operations. A strong, determined, and entrepreneurial leader, he leads the Group in supporting the government’s objective of diversifying the non-oil and gas economy. Captain Al Shamisi is an experienced maritime executive with almost 20 years of industry experience. 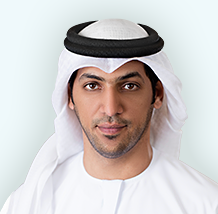 Mr Al Muhairi holds the position of Director of Government Protocol in Abu Dhabi Executive Office. His career is also fledged with various professional skills and practices through participation in many organisational committees in Abu Dhabi government including the chairmanship of patronage and Visit Requests Committee of His Highness the Crown Prince of Emirate of Abu Dhabi Chairman of the Executive Council and His Highness the Vice Chairman. 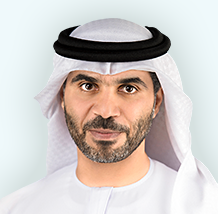 He has contributed to strengthening ADNEC Group's position in the business tourism sector locally and internationally, enabling the company to become a key player in supporting Abu Dhabi's economy, alongside enhancing the group's businesses and innovative competitiveness.

Humaid has more than 20 years of extensive combined experience in both government and private sectors. 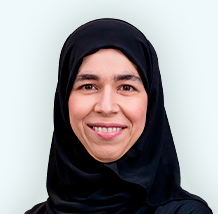 She has over 20 years of experience in industries including Finance, Energy, Automotive, and Retail and in both Government and multinational organisations. Before joining EGA, she was the Group Human Resources Director at Emirates National Oil Company ENOC. 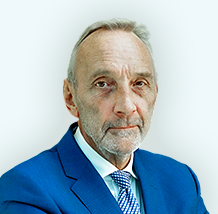 During his time as CEO of ExCeL London, Murphy oversaw the investment of £165m by ADNEC, which created a further 40,000m2 of exhibition space and London’s International Convention Centre. Kevin was a Board member of London and Partners until November 2017, the official promotion organisation for London. In 2015, he also joined the Board of Visit Britain, the strategic body for inbound tourism and the National Tourism Agency, a public body funded by DCMS (Department for Media, Culture and Sport). In 2016, Murphy was awarded an OBE (Officer of the Order of the British Empire) in the New Year Honours list in recognition of his services to the Business Tourism industry. 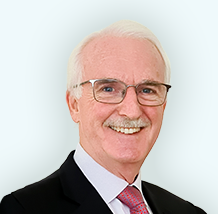 Gerard Lawless joined Jumeirah Group in 1997 and helped establish it as one of the premier luxury hotel brands in the world. Taking on the challenge of launching Burj Al Arab, the world’s most luxurious hotel, after the successful introduction of Jumeirah Beach Hotel to an eager travelling public. Mr Lawless went on to become President and Group Chief Executive Officer of the Jumeirah Group. He then led the development of the group for the next twenty years.

At the beginning of 2016, having served at the helm of the Jumeirah Group, Mr. Lawless assumed a new leadership position responsible for tourism and hospitality in Dubai Holding, the Group’s parent company. During this period, he served as Chairman of the World Travel and Tourism Council. He has now retired from these roles and continues to reside in Dubai. 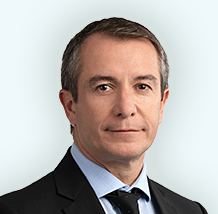 Roque Solabarrieta is currently an Investment Director at ADQ focusing on media, tourism and real estate sectors. Roque is an experienced Telecom, Media and Strategy Consultant with a demonstrated track record in strategy, transformation and operations across Americas, Europe and Middle East.

Prior joining ADQ, he worked as a Chief Operating Officer for Etisalat Group (EG) – (Abu Dhabi, UAE) for more than 10 years after working for Booz & Company (Former Booz Allen Hamilton) as a Strategy – Associate (Telecommunications). Roque is currently a board member of twofour54 (Media Company), ImageNationAD and ExCeL London.

He has contributed to strengthening ADNEC Group's position in the business tourism sector locally and internationally, enabling the company to become a key player in supporting Abu Dhabi's economy, alongside enhancing the group's businesses and innovative competitiveness.

Humaid has more than 20 years of extensive combined experience in both government and private sectors. 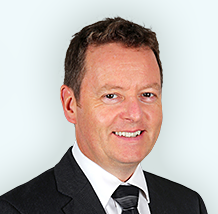 Mike further brings his acumen in corporate governance and management to oversee strategy management, legal affairs, and risk management across the Group. In addition, Mike provides regular supervision of ExCeL London and the Group’s six hotels.

Mike is a Chartered Accountant. He holds a bachelor’s degree in Accountancy from Edinburgh Napier University. 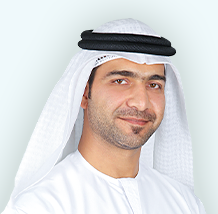 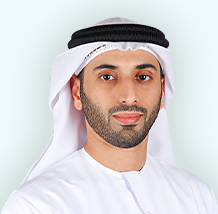 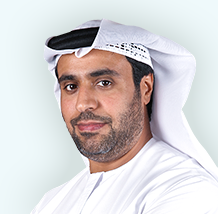 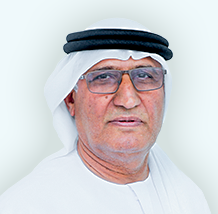 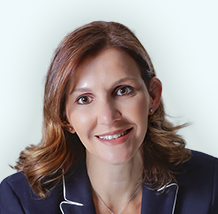 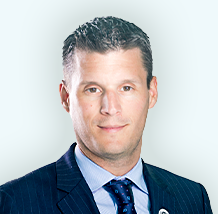 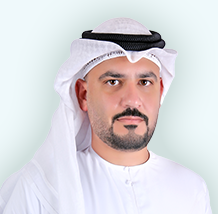 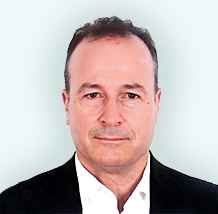